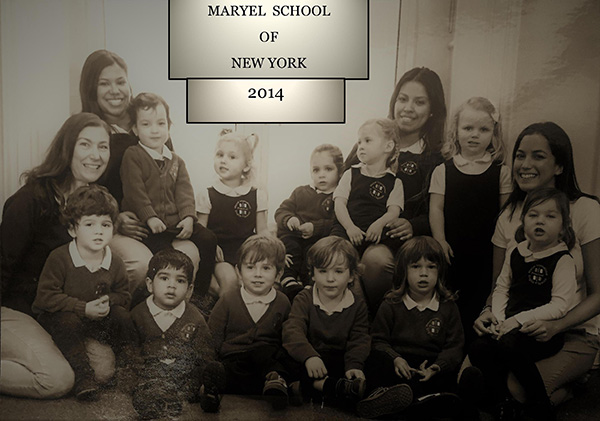 Maryel was founded in Spain by Celine Cacho, a visionary in education, in 2004. Her passion and perseverance made Maryel a reality.

“Mrs. Cacho’s vision was based on these fundamental principles:

Mrs. Celine Cacho founded Mariela Bilingual in Seville, Spain along with other parents, educators, and the invaluable help of child psychologist, José Luís C. Mauricio. This program gave children the opportunity to attend and engage in a second language while simultaneously developing skills in their native language. The progress observed in the children was so amazing that the program’s popularity grew rapidly.

The board of trustees decided to begin researching the educational system in New York.

After three years of intensive labor, Mrs. Cacho moved to New York with her family to start the process of opening Maryel International Preschool.

On the beautiful and warm morning of September 11, 2013, Maryel International Preschool opened its doors in New York City.

During the third operating school year as a preschool program, Maryel started the process of being recognized as an Elementary School. After a year, Maryel accomplished its goal and was recognized as Maryel School of New York. At that point, Maryel began to look for the best options to expand the space and thus be able to open an Elementary School.

After negotiating with their landlord, an agreement was made to rent more space in the building Maryel occupies. During the summer of 2018, Maryel started the renovations needed to accommodate their students and thus integrate the Kindergarten and First Grade groups in the fall of 2019.

In the winter of 2021, Maryel acquired a brand-new location within the Saint Andrew’s Lutheran Church in Yorktown Heights, NY.  Maryel began renovations of their new space in preparation to open its second campus in Westchester.