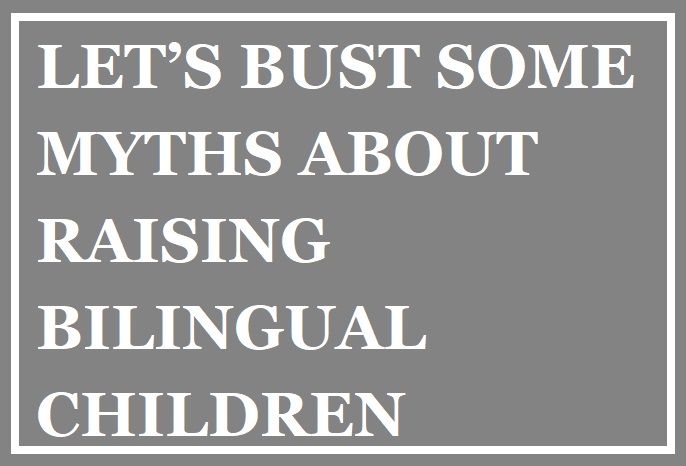 Does growing up with more than one language delay cognitive development or enhance it?
We dig into some scientific studies on bilingualism to separate fact from fiction.

There are many good reasons to raise your child bilingually: Maybe you live in a multilingual community, or would like to enhance the future job prospects of your children, or you and your partner come from different countries and want your child exposed to both cultures. Apart from cultural enrichment, there are also cognitive advantages to learning more than one language: Bilinguals perform better at tasks that call for selective attention such as focusing, inhibiting, and switching attention during problem solving.

Due to factors like these, we believe that raising children bilingually is a great thing — “yes, of course”! But let’s face it, raising children isn’t the easiest thing in the world. So between all the daily struggles and joys of raising children and the advice from family, friends, teachers, and even complete strangers, the doubts creep in

• “Maybe your children will get confused and mix the languages. You shouldn’t do it.”
• “I heard that if you raise your daughter bilingually, she’ll be overwhelmed by all the input and start speaking much later.”
• “Your son is already having trouble at school, and you’re just giving him an even harder time by forcing two languages on him.”

And just like that, your, “yes, I definitely want to raise my child bilingually,” changes to, “I don’t really know, maybe it’s not such a good idea after all…”

“You will overwhelm your child if they have to learn two languages at once, so they will start speaking later.”

If the simultaneous acquisition of two languages was beyond the capacity of typically developing children, then we could expect delays in the language development of children who are being raised bilingually — compared to monolingual children, they would start speaking later. But as the following studies affirm, this doesn’t seem to be the case for the earliest stages and important milestones of language acquisition.

A study by D. Kimbrough Oller, Ph.D. which appeared in the Journal of Child Language in 1997 found that a test group of 73 infants learning Spanish and English in Miami started babbling at the same age as monolingual children. Furthermore, three different studies by Fred Genessee (2003), J.L. Patterson & B.Z. Pearson (2004) and L.A. Petitto (2001) showed that bilingual infants produce their first words at the same time as monolingual children — this was even true if the language was signed and not spoken. When it comes to vocabulary size, bilingual children are indeed often found to have smaller vocabularies – but only when each language is considered separately. When both learning languages are taken into account, as L. Bedore did in a 2005 study, we quickly see that bilingual children know at least as many words as their monolingual contemporaries — if not even more. Additionally, when Johanne Paradis and Fred Genesee observed children acquiring French and English in 1996 in Montreal, they found that their subjects began to produce word combinations within the same timeframe as monolingual children, between 1.5 and 2 years of age.

All these finding prove that children can handle much more language input than we give them credit for, and that they don’t seem flustered by learning two languages at once; their development is not slowed and they know just as many words as monolingual children. 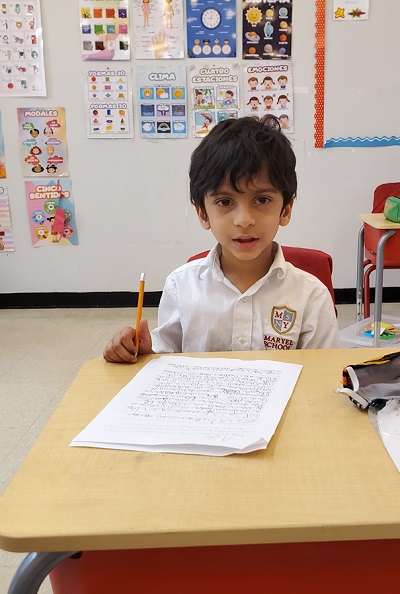 “If your child learns two languages at the same time, they will be confused.”

Another concern of parents is that their children will not know that they are speaking two languages and will end up with one jumbled mess in their heads — they will either mix the languages completely or be unable to decide which language to speak with people. Again, even in the earliest stages of language acquisition, there is no hard evidence to suggest this.

Not so dazed and confused.

Blagovesta Maneva and Fred Genesee observed in a study from 2002 that the babbling of a French-English infant differed depending on whether he was interacting with his English-speaking mother or French-speaking father. Older children are also able to use their languages appropriately — even with strangers they just met. This was tested in an experiment by Liane Comeau which was published in the First Language journal in 2010. In the experiment, bilingual children were paired with adults who only spoke one of the languages. When the children’s conversational partners indicated in any way that they didn’t understand, even by using a very general prompt such as “What?”, the 2- and 3-year-old bilingual children immediately switched to the other language.

It’s often mentioned that bilingual children alternate between two or more languages in the context of a single conversation — a practice which is also known as code switching or code mixing. Well, firstly, children code mix pretty rarely: In a study from 1995, Fred Genesee found that French-English bilingual children from Montreal around the age of two mixed the languages within a single utterance less than 3% of the time on average. These results were later confirmed by an independent study by D. Sauve and Fred Genesee in 2000, where code switching occurred less than 4% of the time.

So in at least 96% of cases, code switching doesn’t occur, and even the remaining 4% don’t necessarily have to be considered problematic: While code switching was viewed critically in earlier times, it’s now generally regarded as a normal and natural product of bilingual and multilingual language use. If you work in a multilingual company like Babbel, you see adults code mix on a daily basis without them being regarded as confused, overwhelmed victims of their language education.

Code mixing could even be seen as an indicator that bilingual children are indeed very aware of the grammatical rules in each language, separately. This can be seen in the fact that the children in the aforementioned studies did not violate any grammatical structures of either language when they code mixed. For example, they did not produce sentences such as “I le like,” since it would be ungrammatical in English (but not in their other language, French). This clearly shows that the children were aware of the grammatical rules in both their languages, and that they considered them separately from each other, rather than transferring rules from French into English and vice versa.

“If your child has developmental disorders or learning disabilities, then learning a second language will make everything even harder for them.”

It’s natural to fear overwhelming your children if they are already struggling in school, but that doesn’t mean you should underestimate them.

Children who are at-risk for learning disabilities.

Research by Frank Genesee in 1976 showed that students in French-English immersion programs who were at risk for academic difficulty did not perform any worse compared to similar children in English-only programs. To the contrary: They benefitted from the program by having higher levels of French and their performance levels of listening comprehension and speaking in their second language was even comparable to children who had no learning disability.

Specific language impairment (SLI) is diagnosed when a child’s language does not develop typically, but the difficulties cannot be accounted for by factors such as generally slow development, physical abnormalities of the speech apparatus, autism spectrum disorder, acquired brain damage or hearing loss. In a study from 2003 to examine the issue, Johanne Paradies compared 7- to 8-year-old bilingual children with SLI to monolingual children with SLI. They found that the bilingual children exhibited equivalent levels of language-related strengths and weaknesses to the monolingual children, meaning that bilinguals did not exhibit any signs of being over-challenged by the additional input.

Children with developmental disorders such as Down Syndrome or Autism Spectrum Disorder.

Bilingual children with developmental disorders such as Down Syndrome or Autism Spectrum Disorder also didn’t differ significantly in their language abilities from children with the same impairments who only learned one language. This was shown in several studies by E.K. Bird and others from 2005 and C. Hambly and E. Fombonne in 2012, amongst others.

Maryel School is committed to give your child the gift of bilingualism in a caring, challenging and warm environment. There is a good chance that they will succeed and benefit greatly from your decision!