This month, we read ” “Mis Numeros” , which reviewed counting and numbers. We also read “Mis Formas” (My Shapes) and reviewed ” Circulo”, “Cuadrado”, “Triangle” and “Rectangulo”. These books reinforced the concepts that we have been learning of counting and identifying shapes. We also continued counting the number of students in our class. This month, our students also enjoyed celebrating St. Patrick’s Day by wearing green. 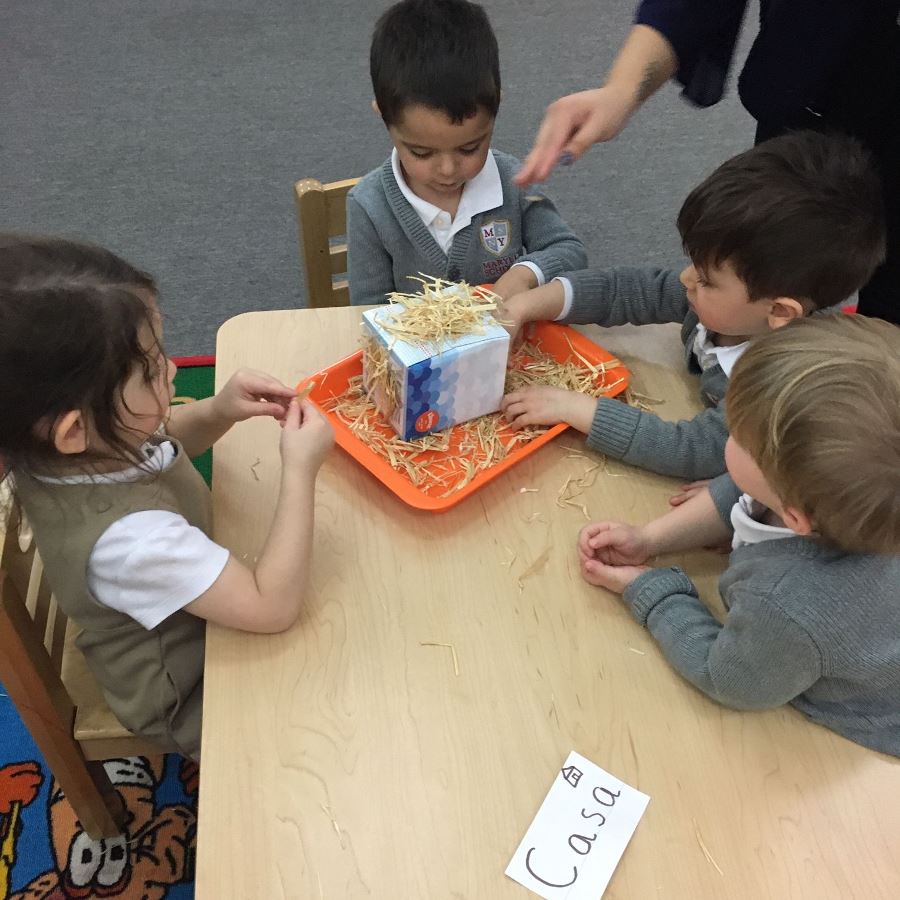 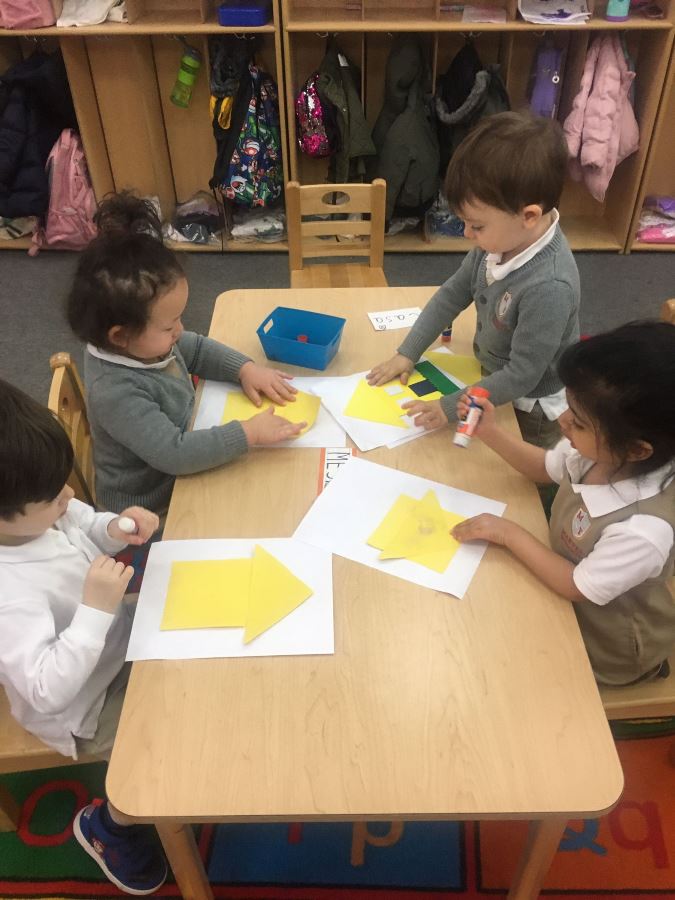 This month, the Ardillas continued learning and reinforcing the concepts that we have reviewed in the past months. They continued tracing and identifying the numbers 1 through 4. They also continued tracing and identifying the letter u in words, as well as their own names. They completed a teacher directed drawing of a cangrejo (crab). They traced the concentric circles on the snails back and waved lines underneath. They also practiced their cutting and gluing skills by: cutting rectangle pieces, then gluing them on a iglú (igloo) and gluing umbrellas onto a rainy background. In honor of Dr. Seuss’ Birthday, the Ardillas drew red and white patterns on the cat’s hat and his face by placing googly eyes, drawing a mouth and a nose. 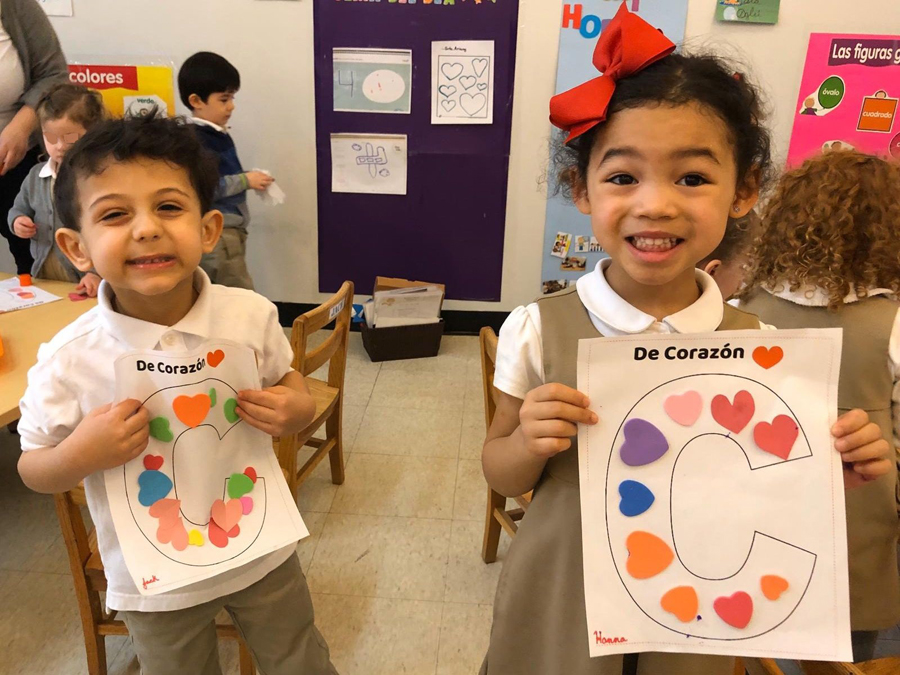 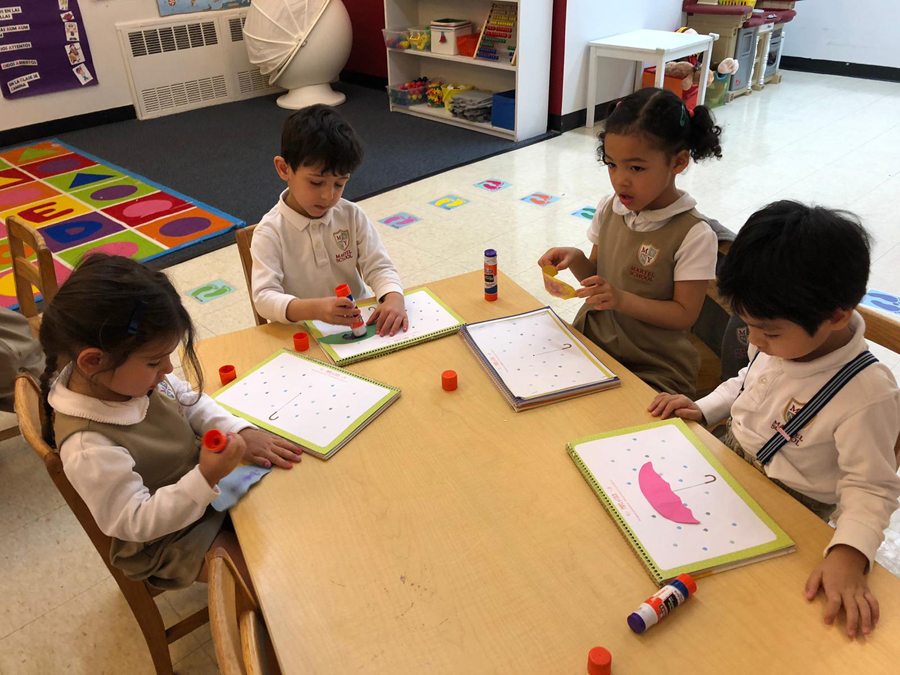 This month was another fulfilling and enriching week for our Pre-Kindergarten students. We revisted the letter M and created our own flashcards and word walls for this letter. In Math, students worked on identifying shapes between trapezoids, rectangles, circles, triangles, squares, hexagons etc and started identifying between 2D and 3D shapes and what makes them different. This month we also learned about volcanoes, and made lava lamps using water, food coloring oil and alka-seltzer as part of our science class. Students read “Just Read” and “I Love You, I Hug You, I Read to You”. Each book had rhyming sequences and students identified the rhyming words in the book. They also used their prior knowledge on reptiles and amphibians to create their own turtles using plate plates, tissue paper, glue and construction paper. 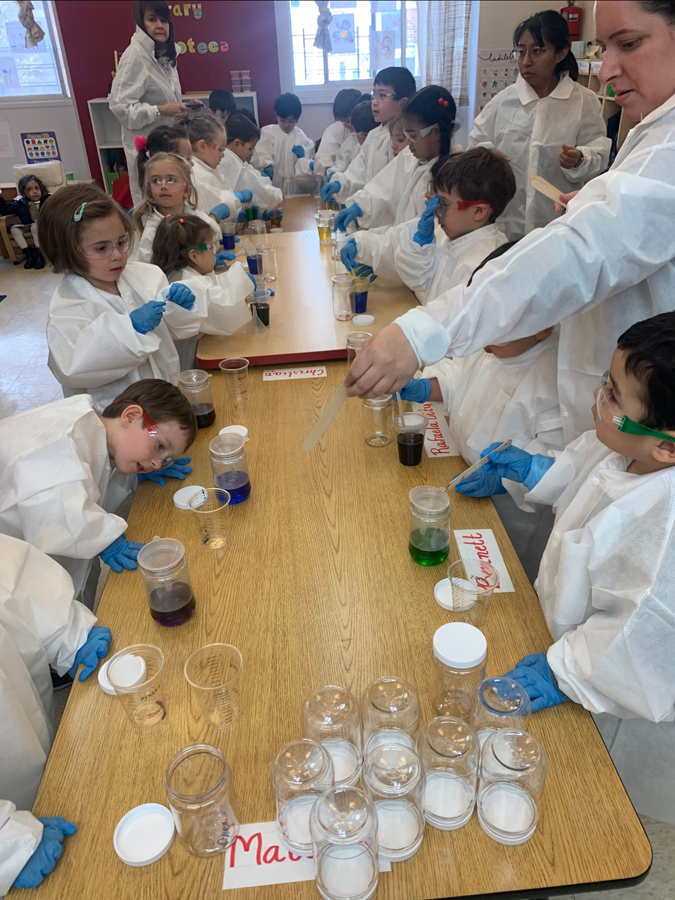 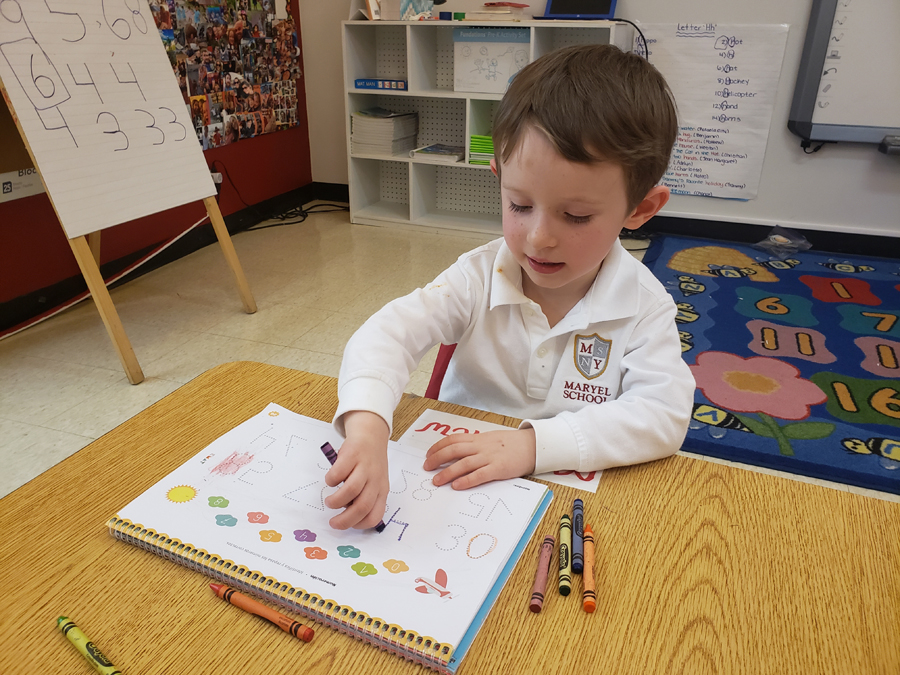 This month, we had an enriching and engaging time with our Kindergarten students before Spring Break. We focused on the letter ‘Kk’ and the diagraphs ‘Ch’ and ‘Sh’. In Math students focused on understanding more than (mas que) and less than (menos que). In History and Geography, we continued learning about the 50 states and added a new region of states as we worked on recognizing states in the Southwest region and reviewed the states in the Northeast, Midwest, and Southeast regions. In International Studies, students learned about Japan’s geography and flag. 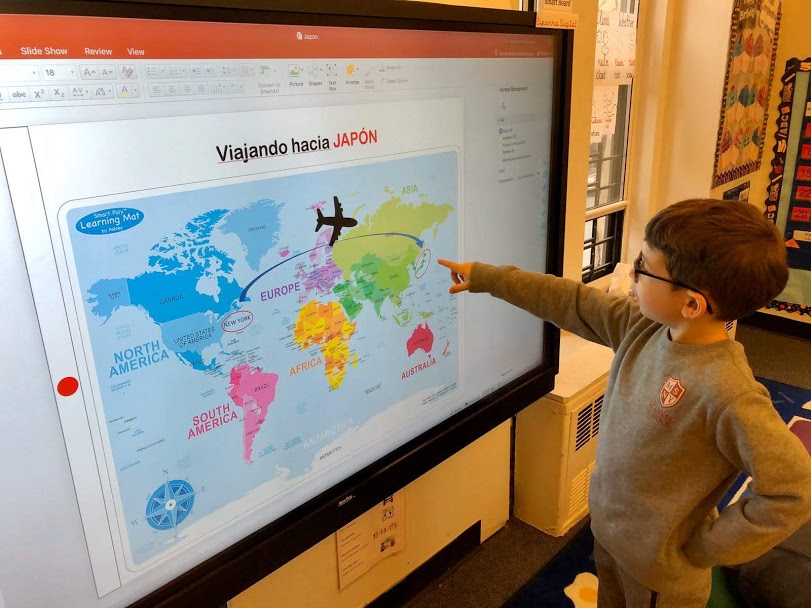 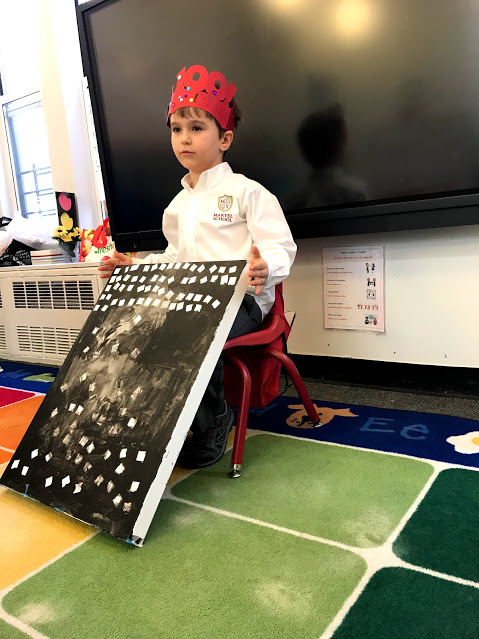