I truly cannot believe how fast time has gone by. In a month, this academic school year will be over and despite knowing that, our first graders continue putting their best selves forward and bonding making memories. This week was extra special as it was teachers’ appreciation week. I felt so appreciated this week & want to thank you all for making that possible. However, I have felt appreciated since the very first day of school and that is what truly means the most to me. Let’s dive into Week 30 and see what our first graders were up to.

This week our first graders continued learning about presidents. They learned about Abraham Lincoln and also about the democratic process as they watched a “Daniel Tiger” episode where they were voting for class pets, recess activities etc in a democratic manner.

In addition, students also finished reading their 6th and final guided reading book for the school year “Miss Rumphius” and are excited to begin the book report writing process next week once again. 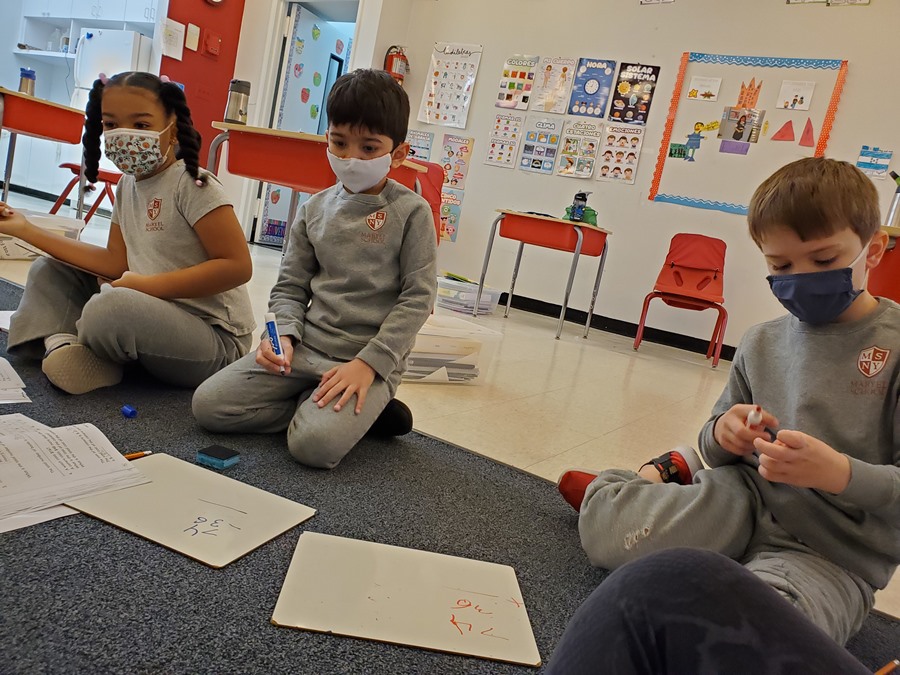 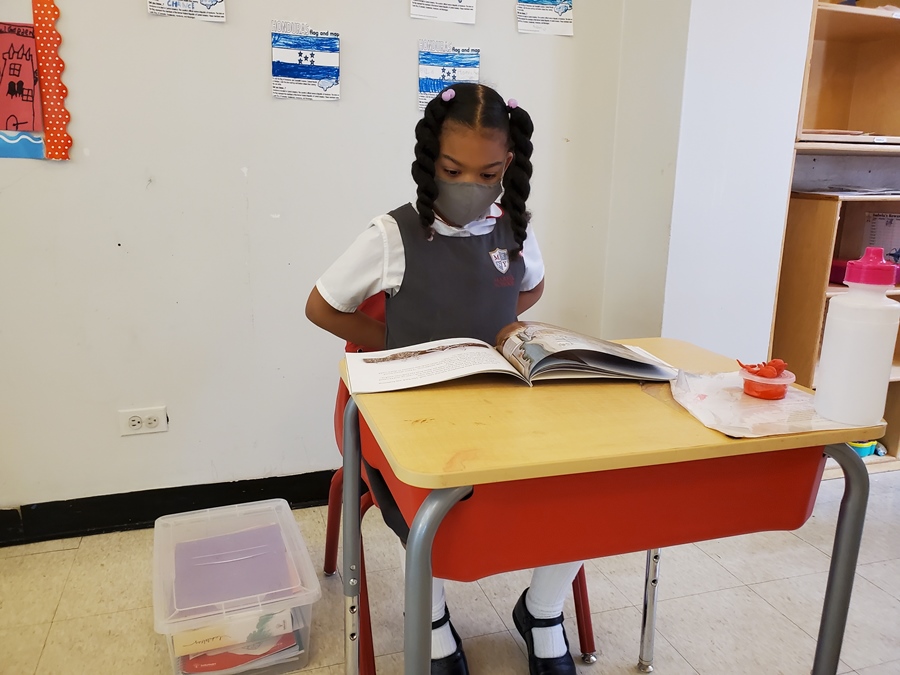 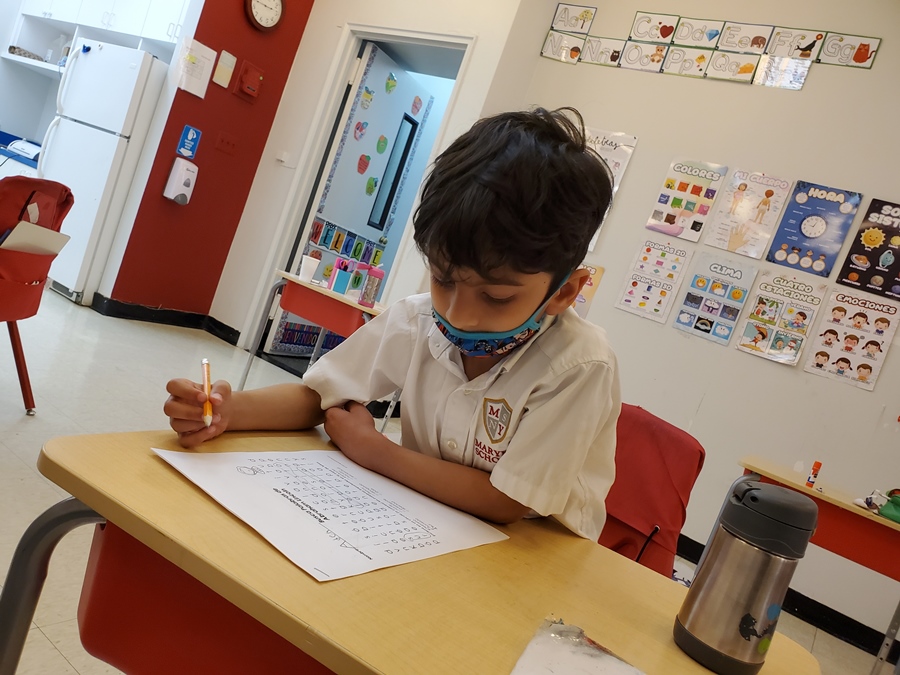 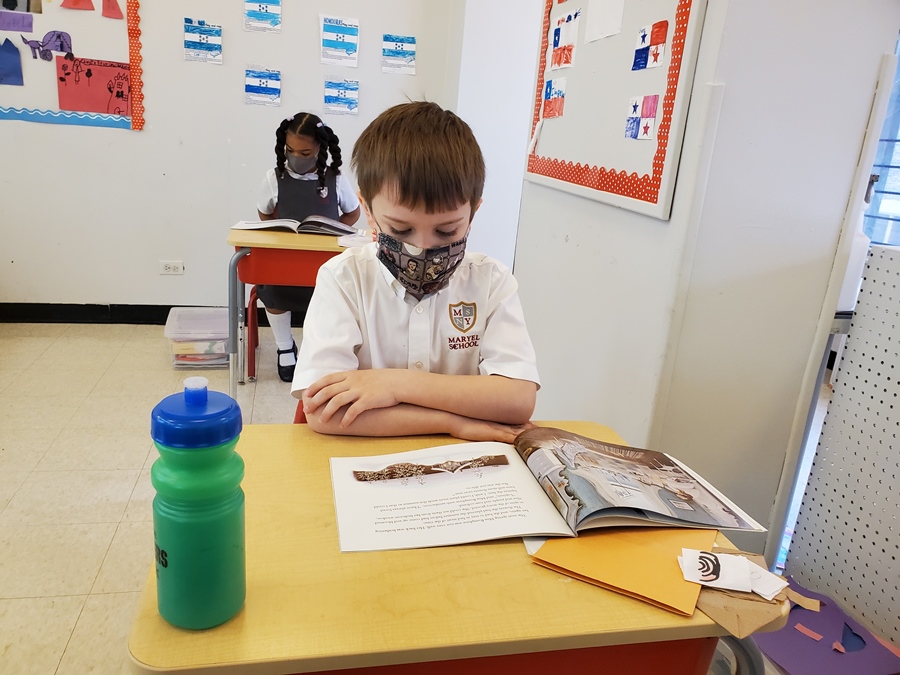 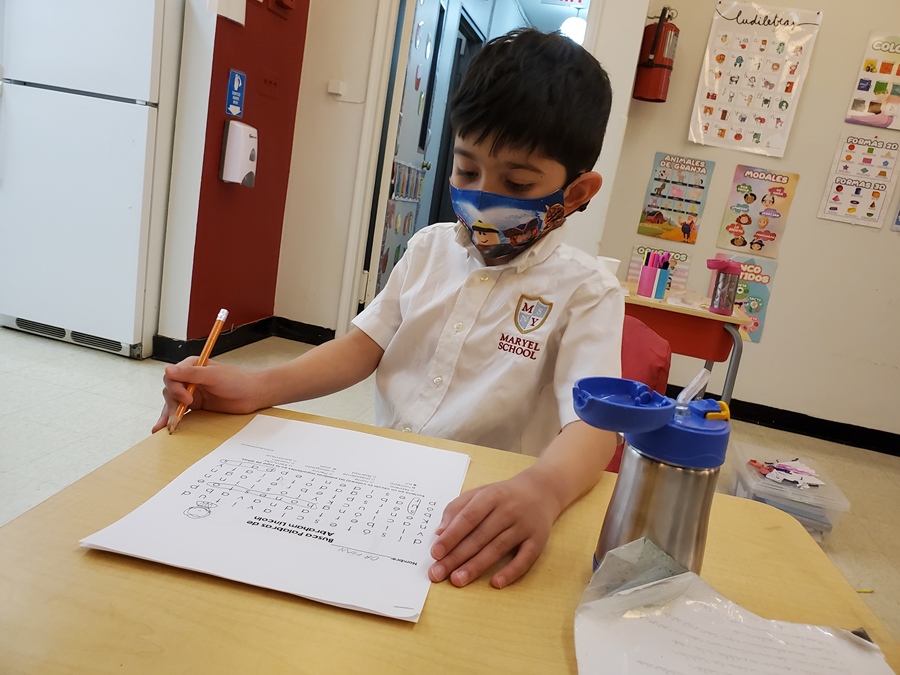 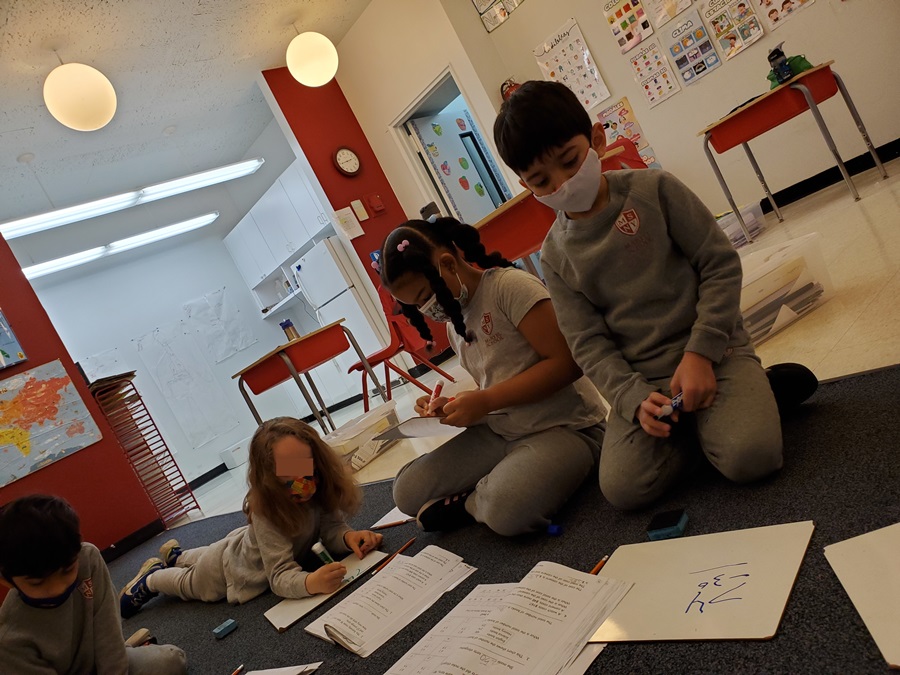 Koalas had another week filled with learning and fun activities. During this week the students started learning about fruits throughout a variety of activities such as using their fingers and hands to create pineapples and watermelons and working on sequences while working on puzzles. The koalas were also very excited while working on their surprise projects for their mothers and grandmothers and as you can see they created them with so much love.

Vocabulary of the week:

On behalf of Srta. Alma, Srta. Angie and Ms. Victoria, we would like to thank you for all of your wonderful treats and kind words to us, but especially for all the support that we have received throughout this very challenging year. We would not have made it this far without you!

Have a wonderful and happy Mother’s Day this Sunday to all the amazing Koalas’s mothers and grandmothers and a great weekend! 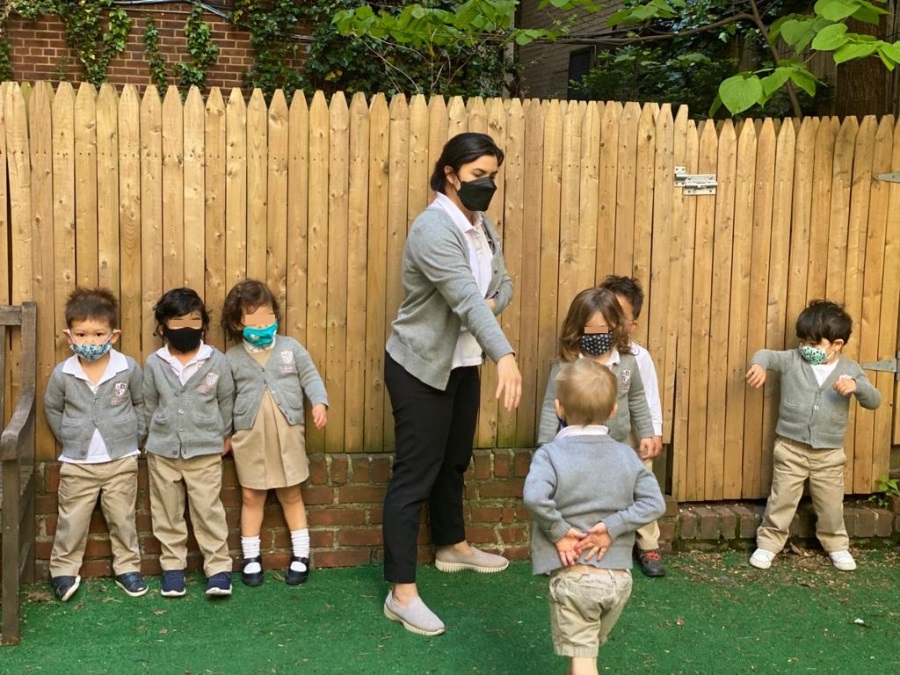 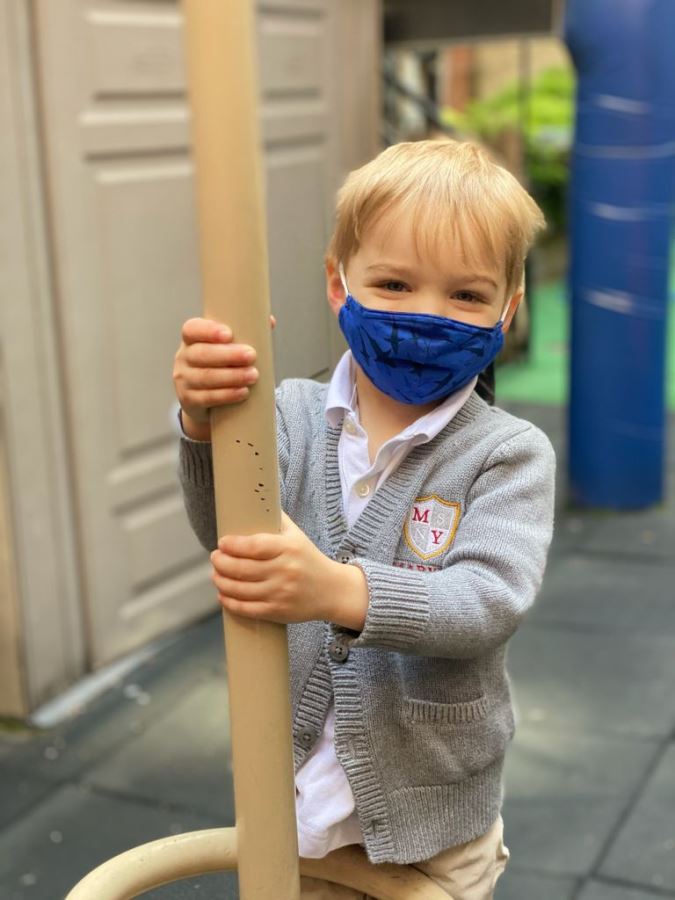 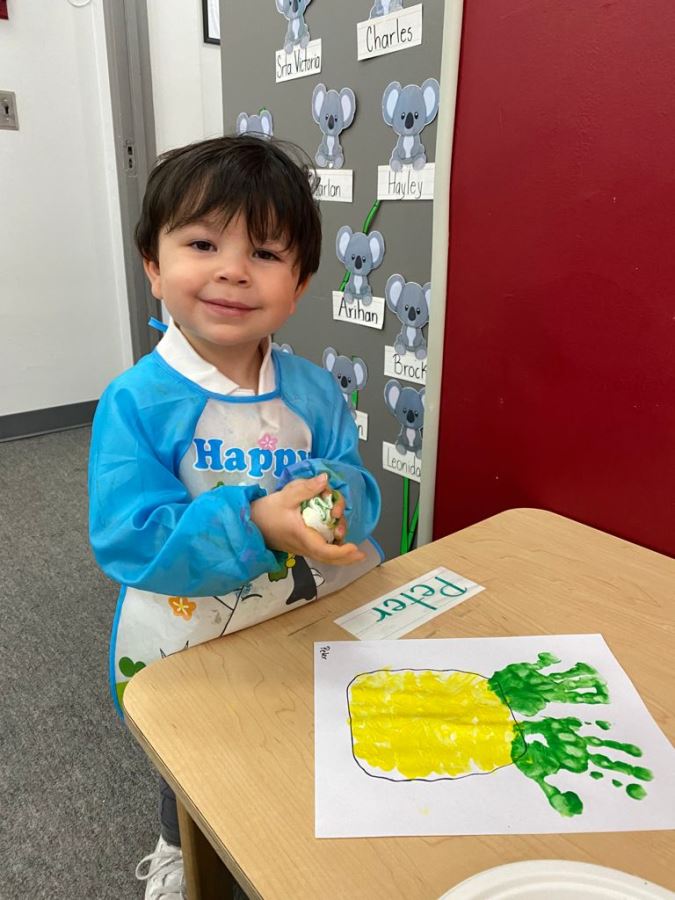 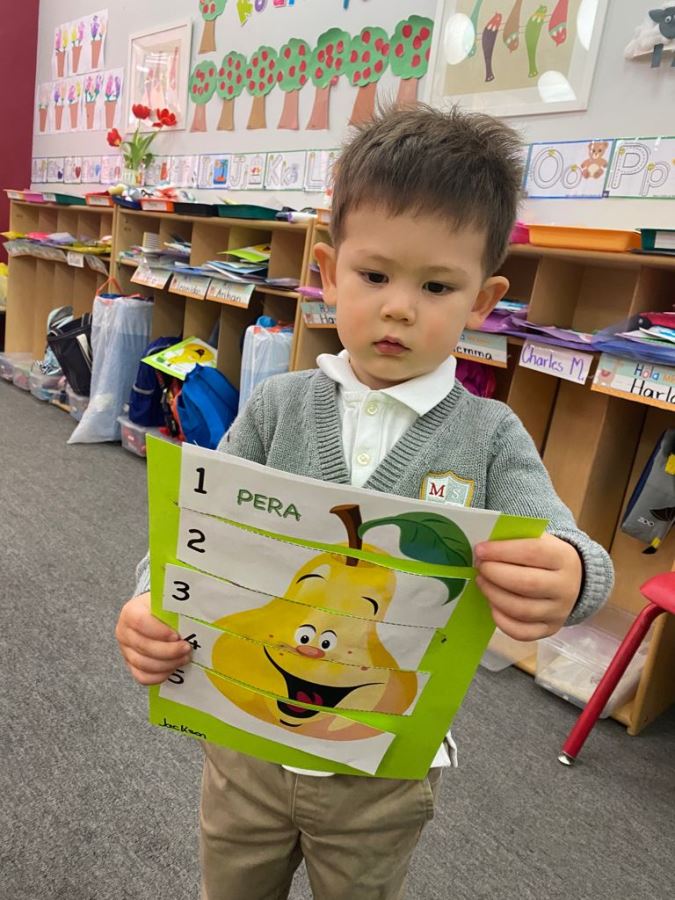 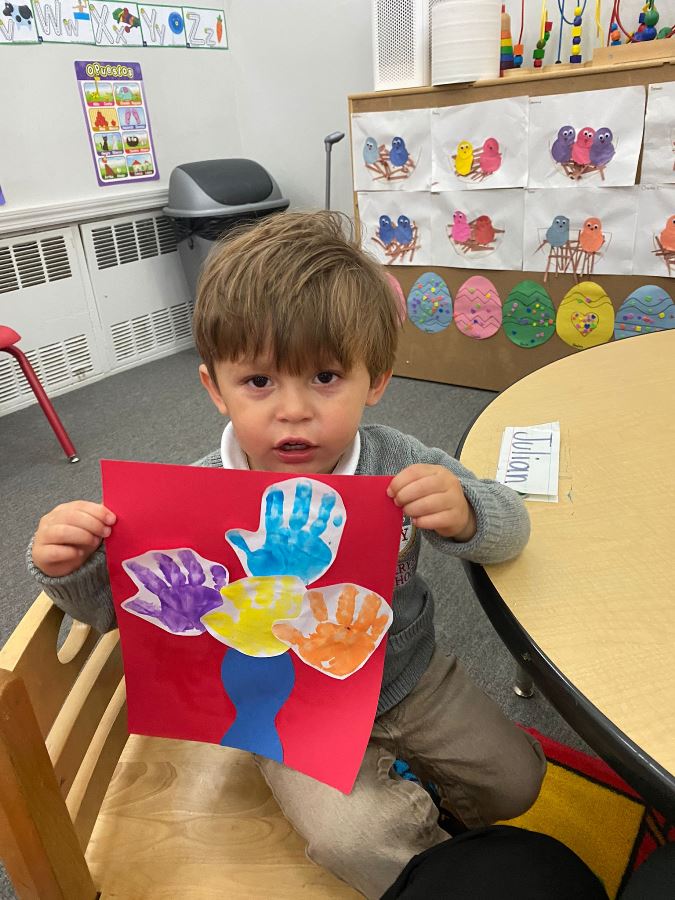 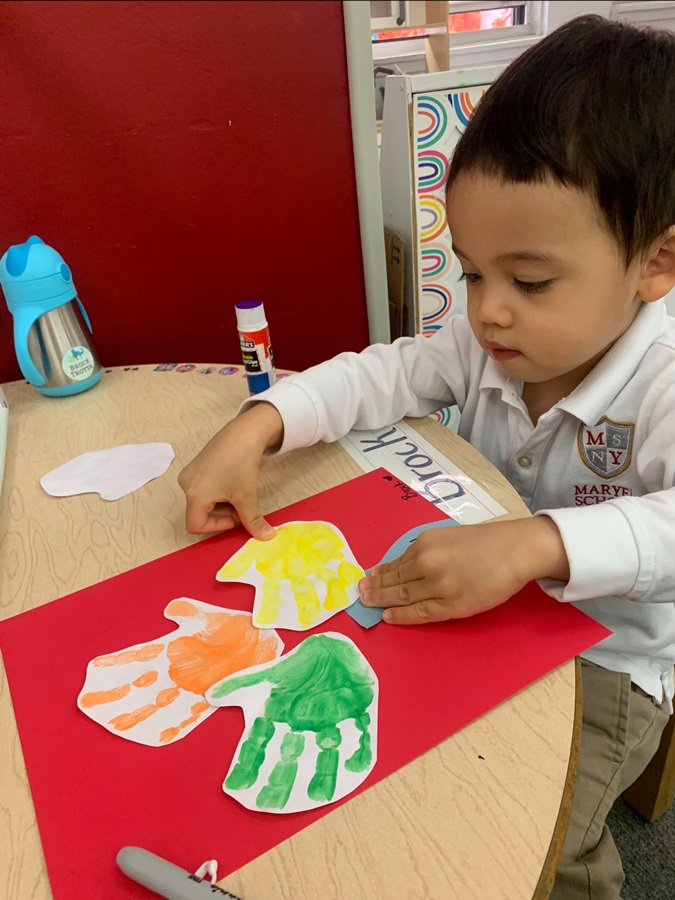 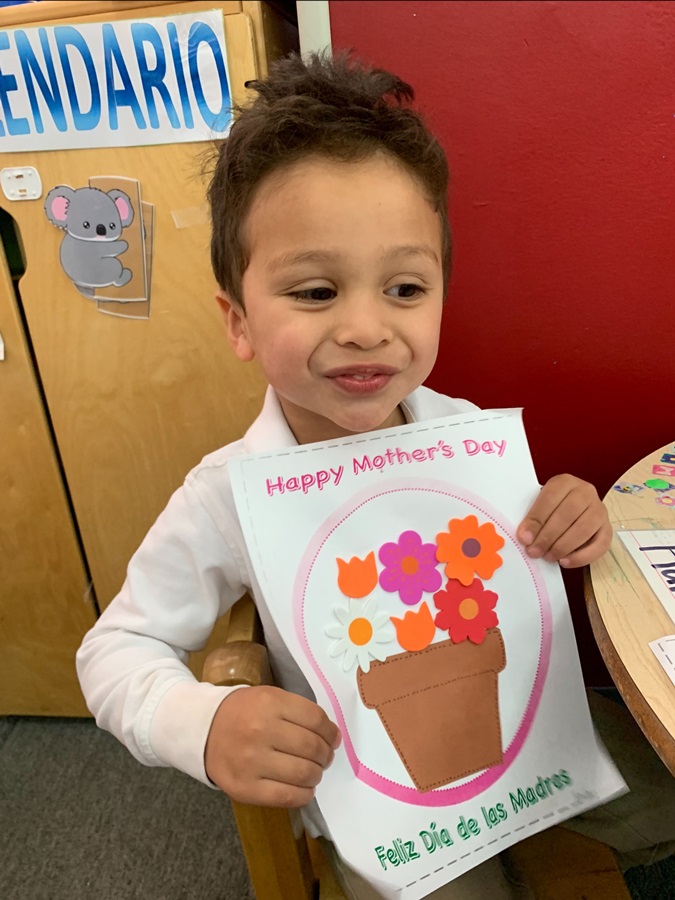 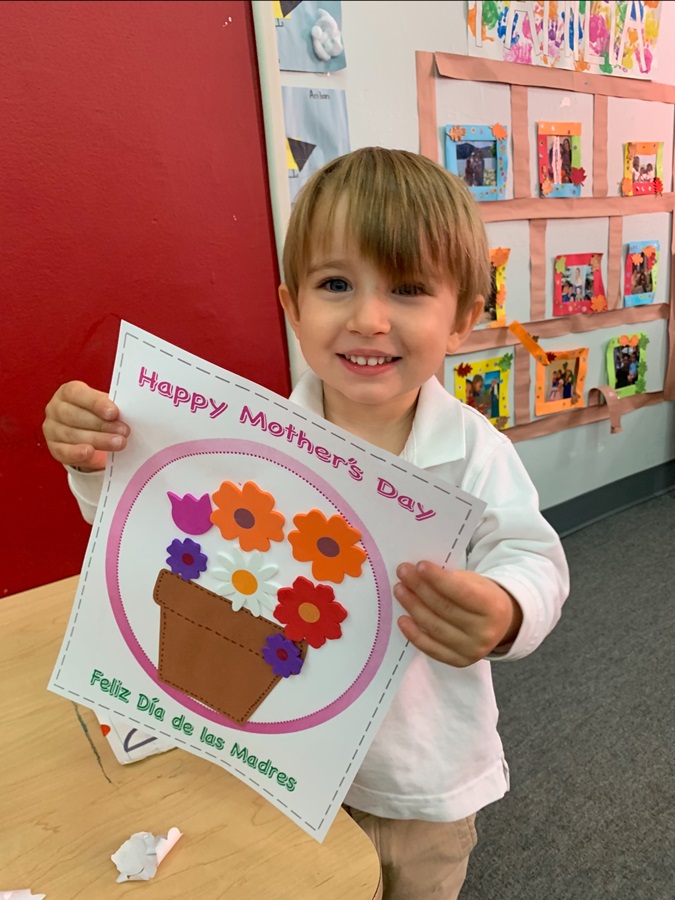 Thank you so much Ardillas Families for all the wonderful gifts!! We absolutely loved everything…

In Mathematics, they traced, identified and quantified numbers in multiple ways with Fruit and Vegetable theme. In addition, the children traced, colored and identified the shapes we have learned about in class using this week’s theme as well. In addition they colored the last animal in each set. The gallo (rooster) naranja (orange), the oso (bear) marrón (brown) and the conejo (bunny) negro (black). Furthermore, the children identified and circled the item that no forma parte (does not belong) in each set. They circled the oso, casa de campaña (tent), maletín (briefcase) and árbol (tree).

In Reading and Writing, the children practiced levantado (vertical), dormido (horizontal), inclinado (inclined), tipi (combined inclined lines), ondulado (wave strokes) with Fruit and Vegetable theme. They also used combined inclinado and dormido strokes to help the Egyptian’s get over the pyramids. In addition, the children used combined iglú and dormido strokes to help the gato (cat) catch the ratón (mouse). Lastly, they identified and colored the letter i rojo (red), u amarillo (yellow) and a verde (green) in a gorro (cap).

In Social Studies, our theme was Fruit/Vegetables and Mother’s Day. The children made manzanas (apples), kiwis, verengenas (eggplants) and zanahorias (carrots). They also made handprint cactus, poem with handprint, paper flowers, bookmarks and decorated treasure chests for mom. 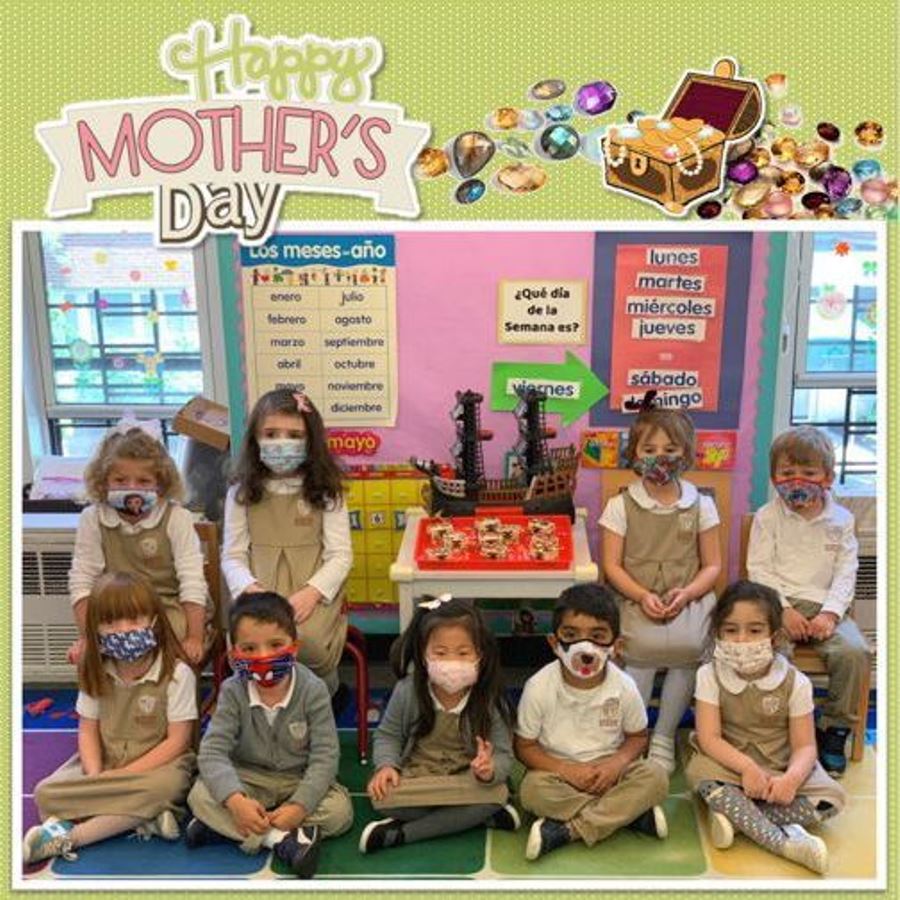 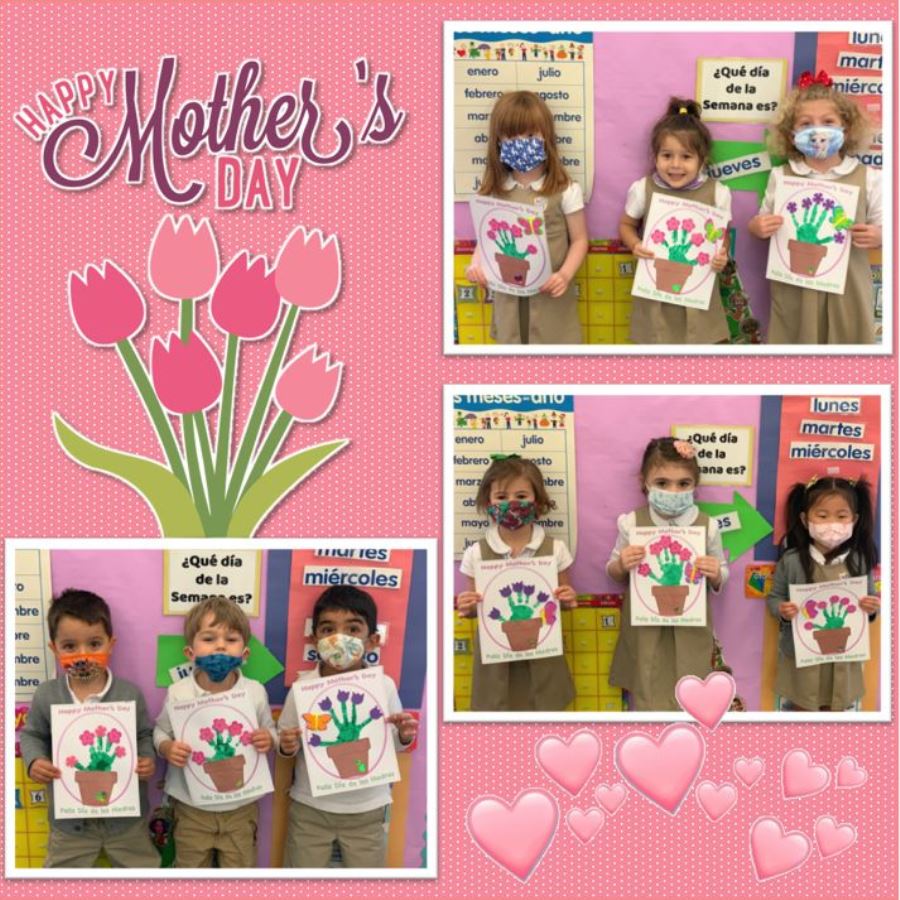 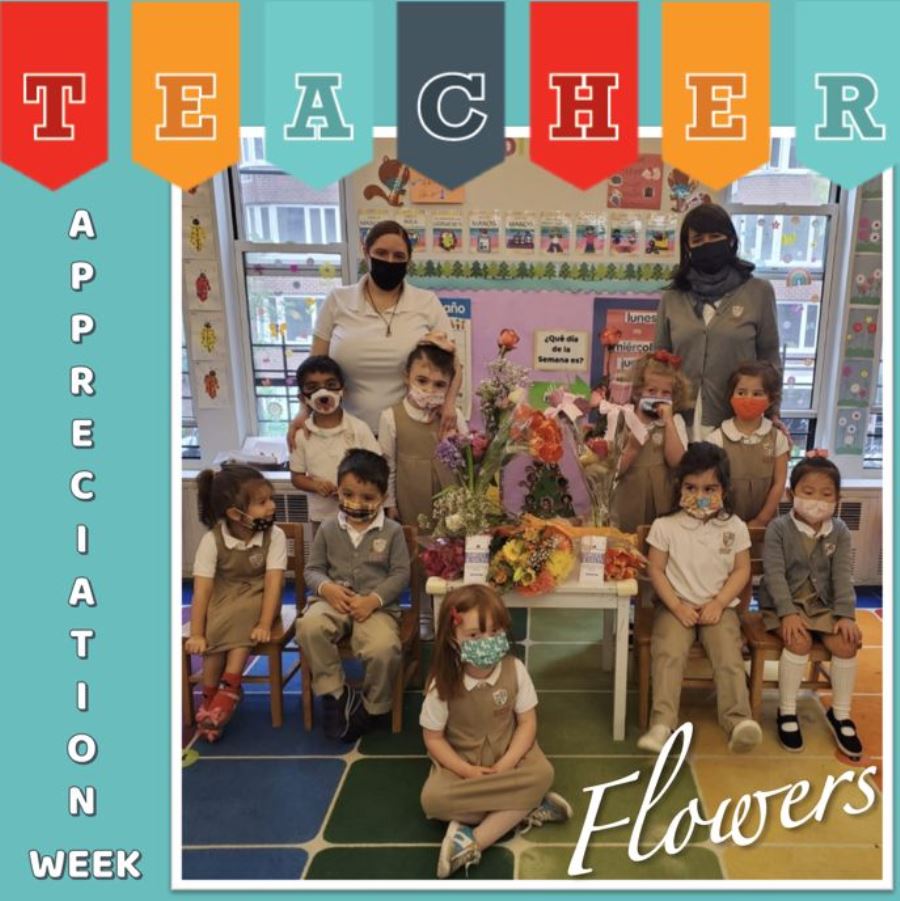 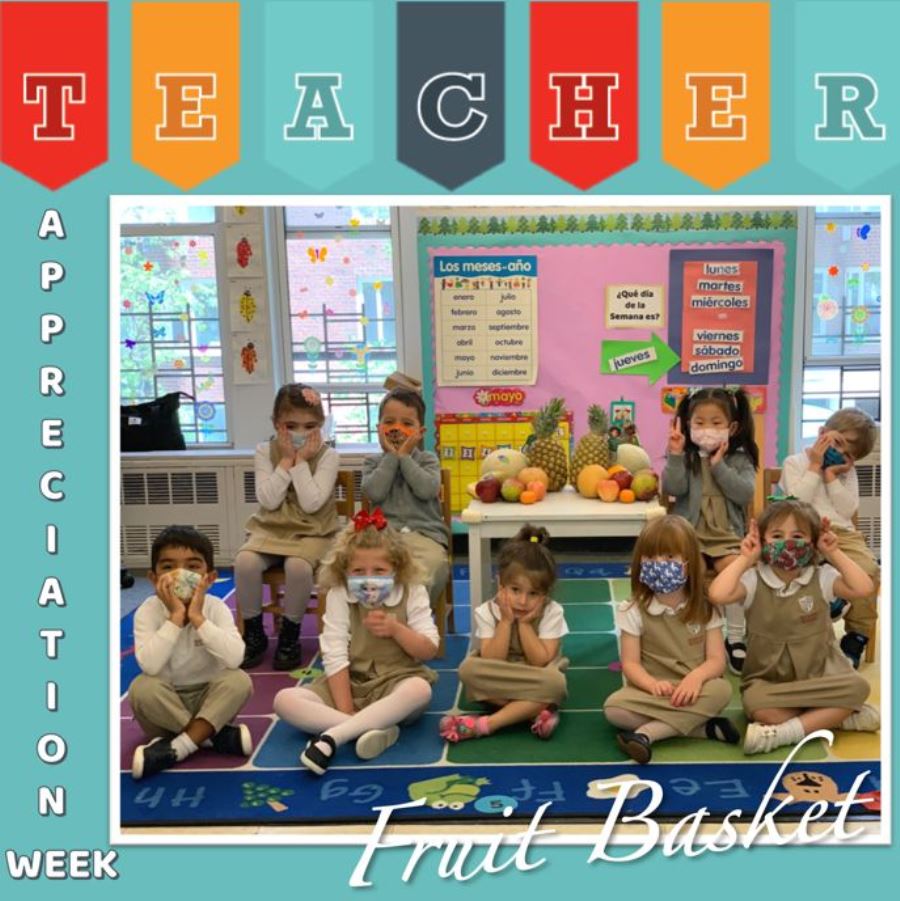 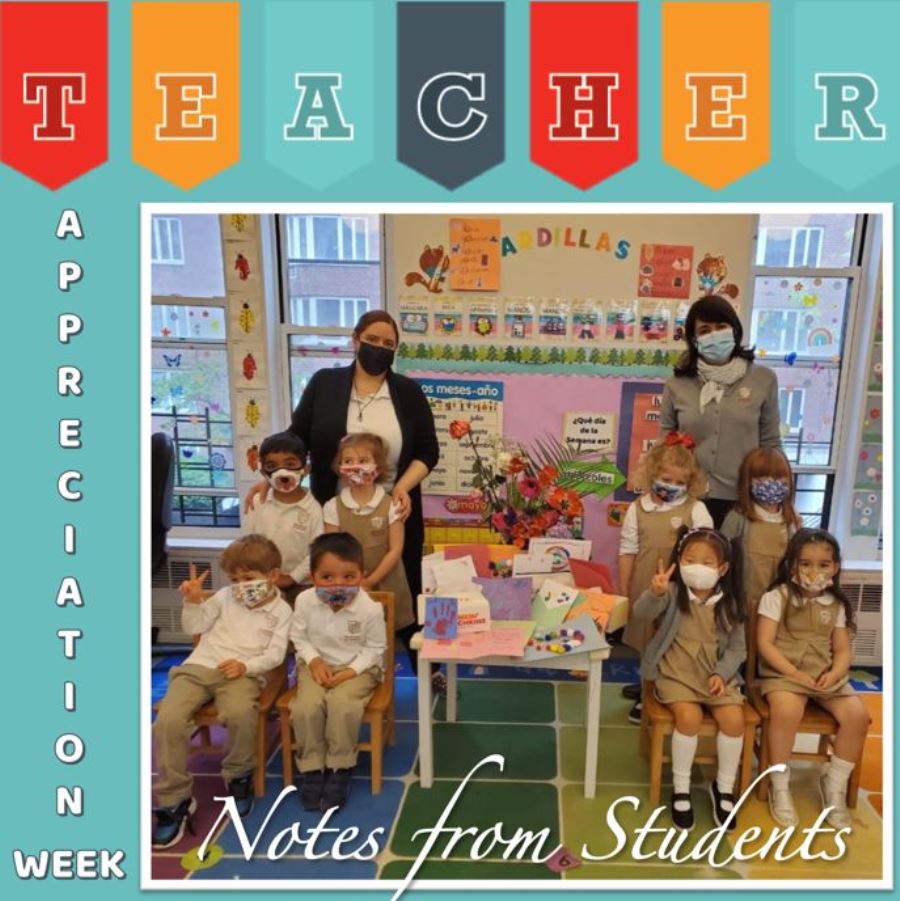 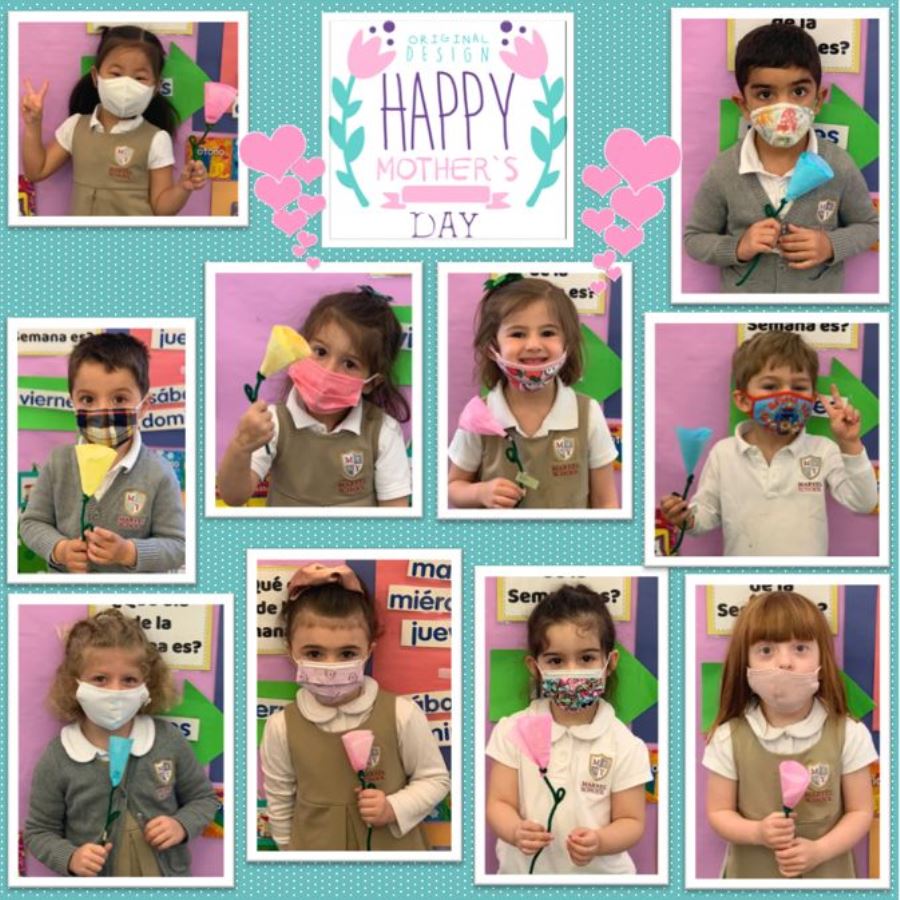 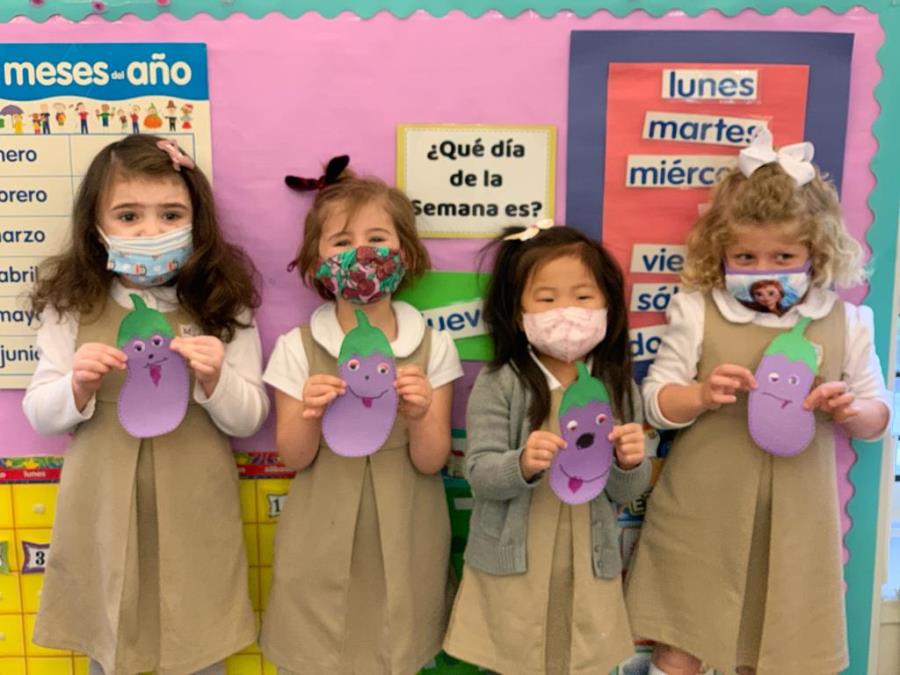 We hope everyone enjoys the lovely presents that your child worked very hard on for Mother’s Day.

This week we had 3 English days and 2 Spanish days. Students practiced writing lowercase and uppercase ‘Ii in print and in cursive. They learned that the letter ‘Ii’ makes a long sound when there is a magic ‘e’ at the end of the word or when ‘igh’ or ‘ie’ are written together. They practiced readings words like bright, high, ice, nice, pie, tie, fries, bike

In Science, students explored el Sistema Respiratorio (Respiratory System). They learned how oxygen is carried into our bodies and how carbon dioxide is released. Next week we will learn about the Digestive System.

In History and Geography, students learned how schools use to look like a long time ago. Next week we will learn about different jobs people would have long ago. 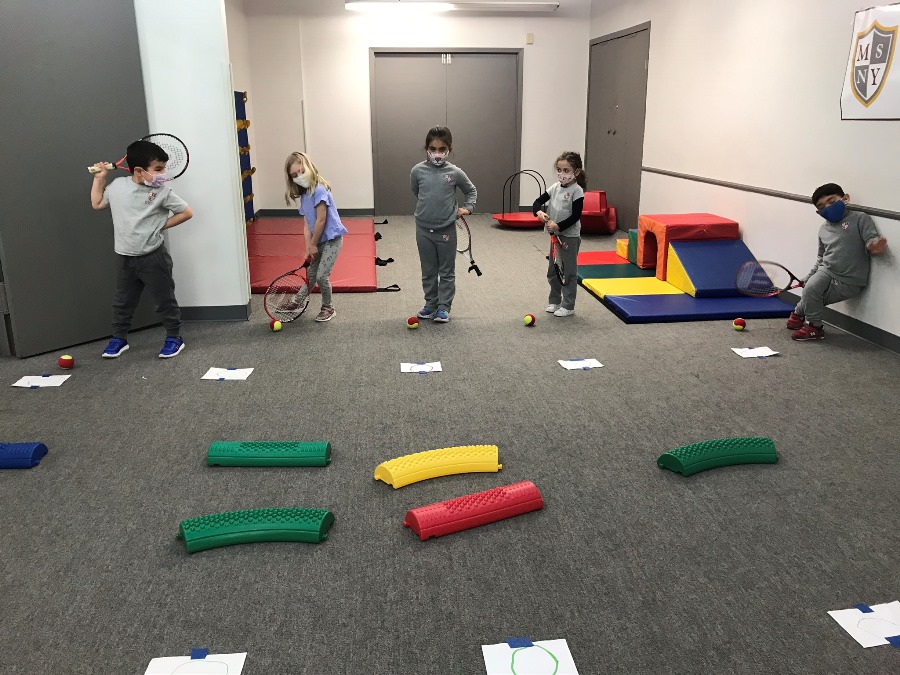 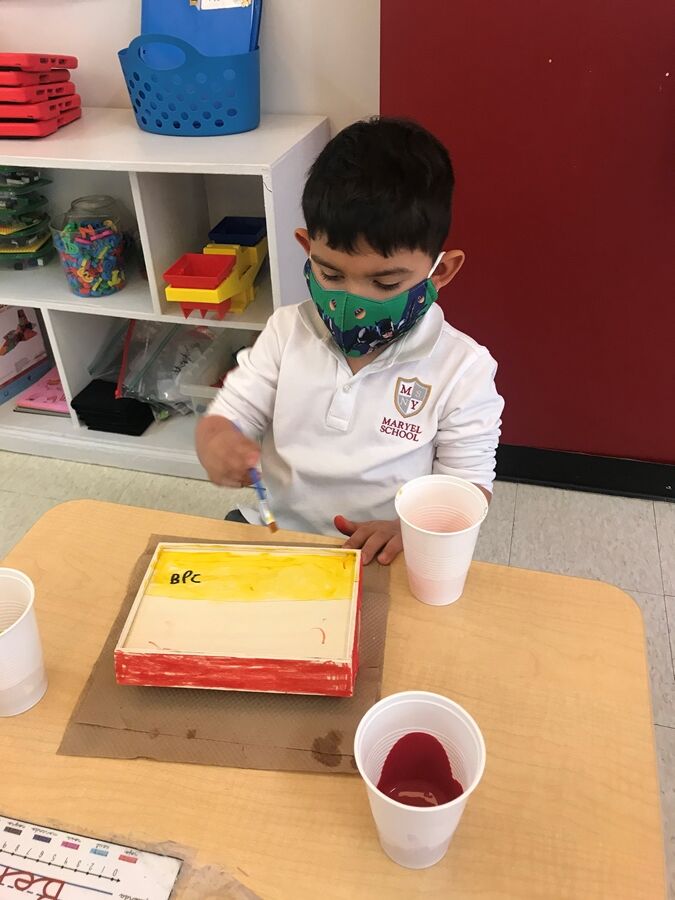 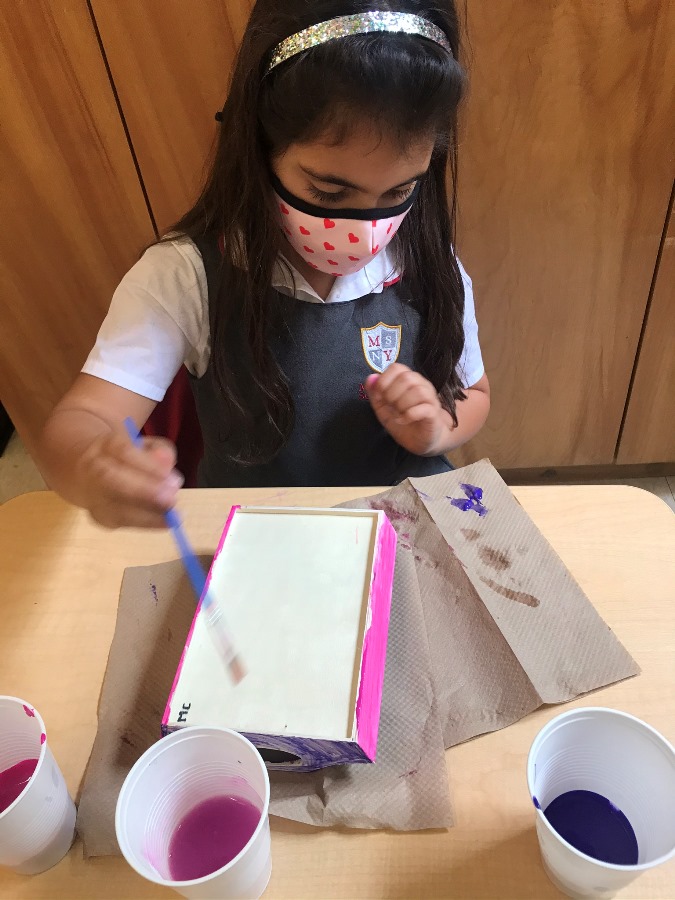 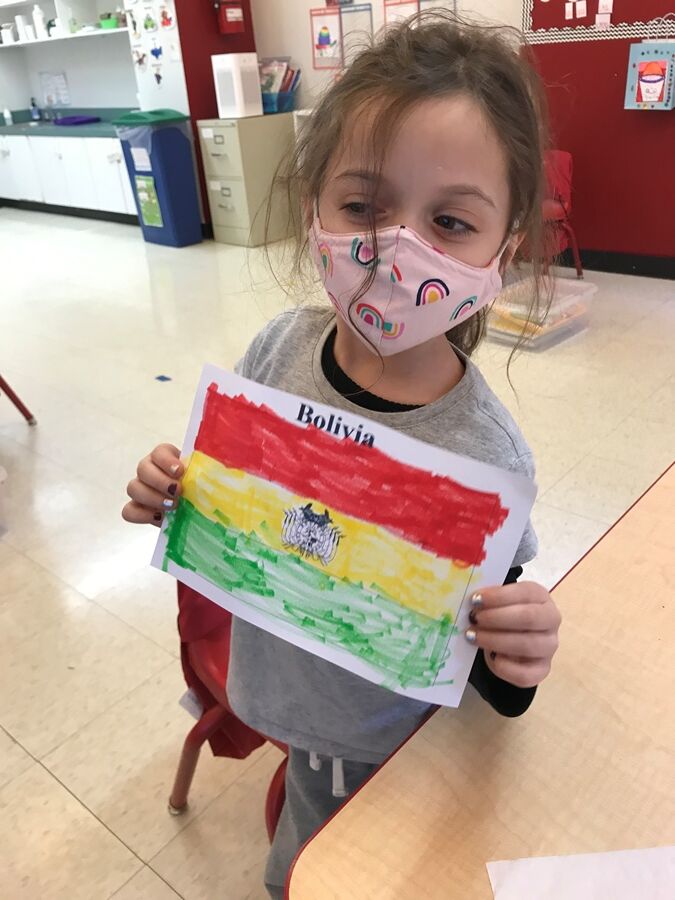 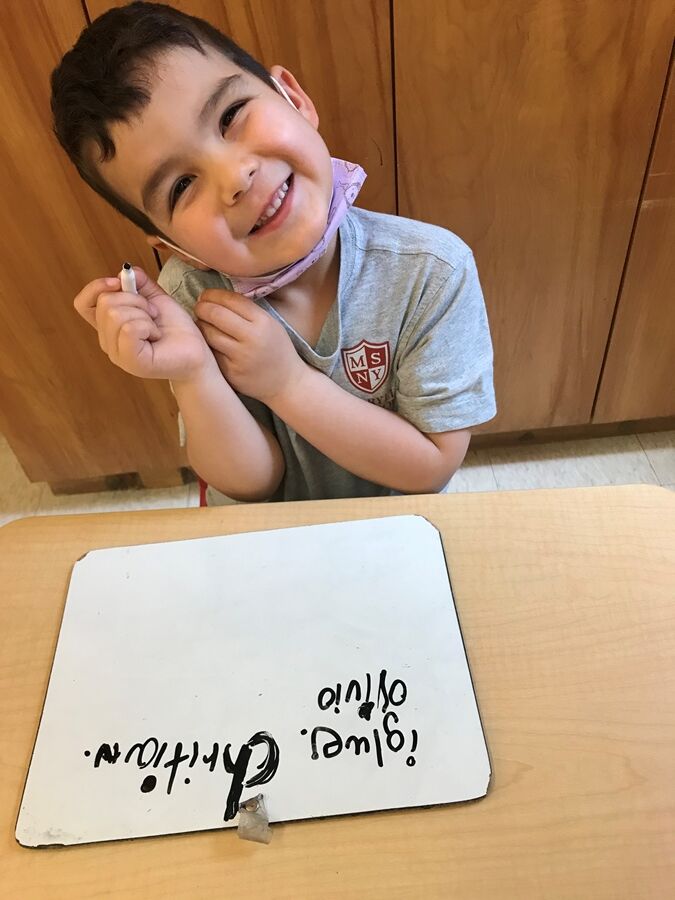 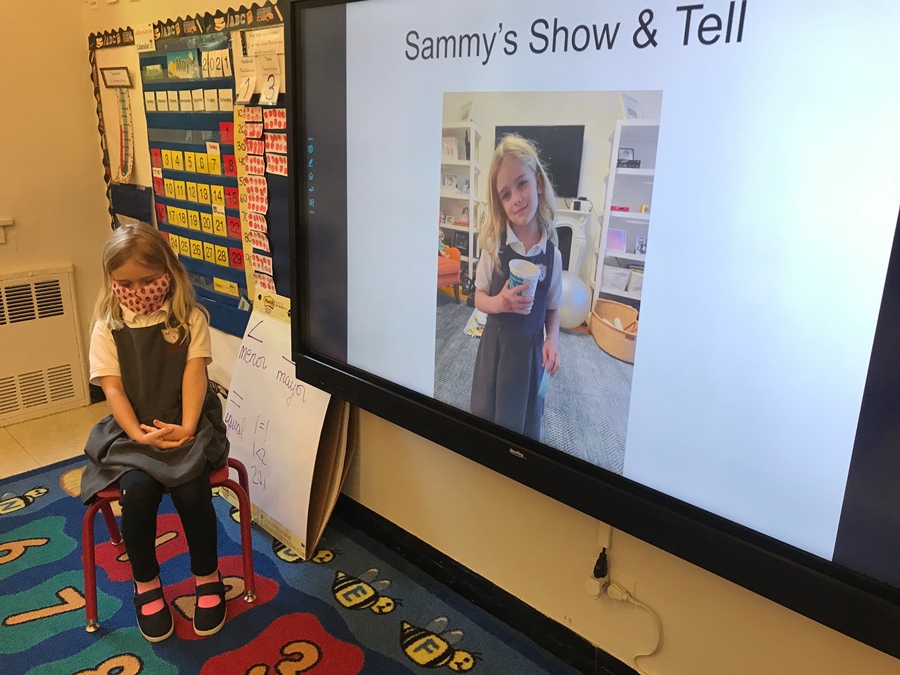 This Teacher Appreciation Week has been a good week for your children we had a lot of fun! Thank you so much for everything!

In Language Arts Writing/Reading: Students keep reviewing the alphabet every morning. This week we learned letter M, uppercase, lowercase, phonetically and grammatically. We were reading and doing activities in where they have to find the syllable with which each word begins (la, le, li, lo, lu, sa, se, si, so, su, and ma, me mi, mo, mu.) We were reading and writing vowel groups.

In Math: We practiced every day to put the numbers of the month in the correct order on the wall, we did it messily and with odd and even numbers. We also count out loud until number 70. We were doing simple additions and subtractions with the cubes. We were practicing simmetry.

In Physical Education, We danced different circle songs, “El patio de mi casa”, “Al corro de la patata” and “Pase misi Pase misa”. We were throwing flying frisbees and trying to catch them. We did sack races and we played to be tree trunk, the students had to roll and carry another classmate on top until the end.

In Science, we reviewed the arachnids and their characteristics.

In Geography/History, we learned different professions.

In Visual Art: we were doing different crafts about the mother’s day: we painted two bouquets with different kind of paint, and a happy mother’s day postcard. 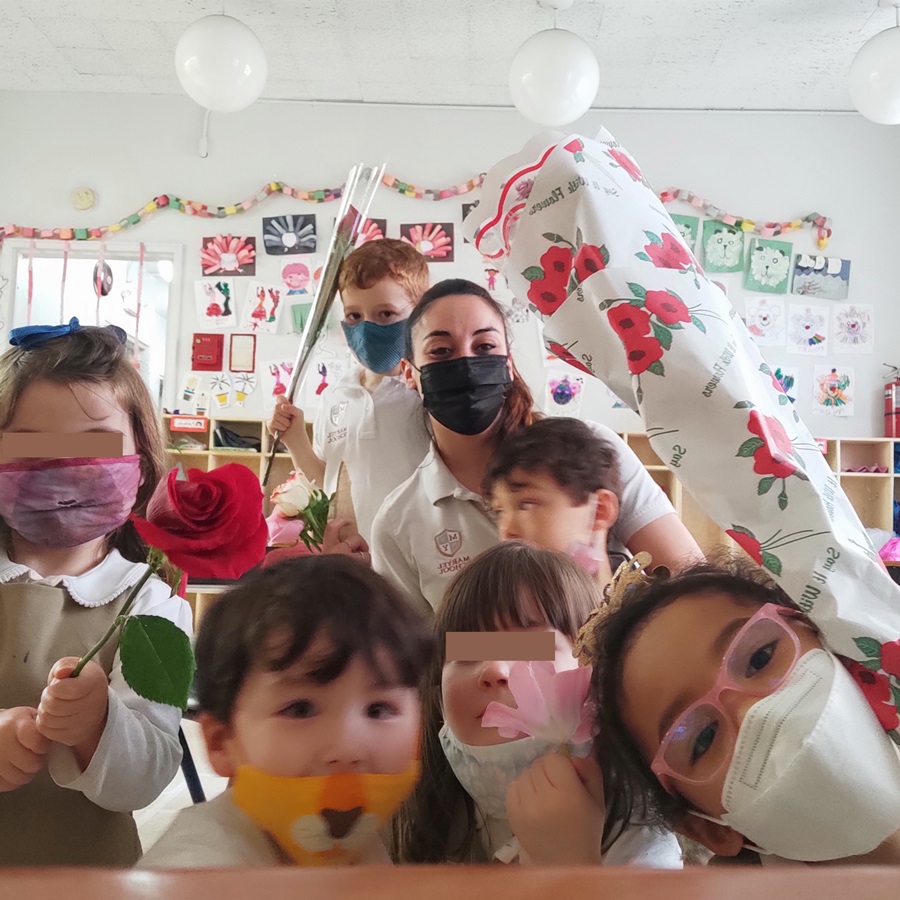